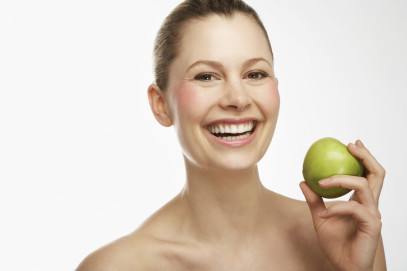 Chronic Periodontitis ('Gum Disease') represents a major health problem in the UK. Surveys show that more than 50% of the population currently experience some degree of damage to bone or the soft tissues supporting the teeth through Gum Disease.

Approximately 10-15% of the population will lose a significant number of teeth as a result of chronic periodontitis: the more susceptible the patient, the more rapidly the bone loss progresses.

The inflammation of the gums is the body’s response to certain bacteria that accumulate around the gum line on the teeth. Although part of the body’s natural defence system, this inflammatory response can eventually cause serious damage. If left unchecked the inflammation can spread down below the gums and along the roots of the teeth, causing destruction of the supporting ligament and bone. This ultimately leads to the loosening and potential loss of the teeth.

How can I recognise Periodontitis?

Periodontitis always begins with inflammation of the gums, known as gingivitis. This is not always easy to recognise but one of the first signs is bleeding from the gums when you brush your teeth. The gums may look red and swollen and you might notice a yellowish coloured layer of bacterial plaque on the teeth.

If left untreated, gingivitis may progress to Periodontitis, often without any obvious changes or pain. However, some changes that you might experience over time include:

• Increased bleeding from the gums, often provoked by brushing or eating (or this can even be spontaneous)

• Changes in the positioning of the teeth in the jaws

• Shrinking of the gums/ Lengthening of the teeth (gum recession)

• Pain in the gums or sensitive teeth

Bleeding from the gums may be less noticeable in smokers because of the effect of nicotine on blood vessels and so the signs of the disease process may be masked. Often the presence of periodontitis is not recognised by an individual until they are 40 or 50 years of age, by which time a great deal of damage may have occurred.

There are aspects of the diet that can influence levels of inflammation in the body.  Inflammation is essentially protective but too much inflammation can be harmful and cause damage to the body.  Periodontal (gum) disease is an inflammatory disease and your diet can affect the progression of your gum disease.

Basically anything containing sugar, sweetener or flour so avoid:

The advice about 5-a-day is basically correct so: